Batch 34 : A couple of Americanas, plus a dried up puddle !

Well, the sun is out and the temperature has risen by at least 10 degrees since last weekend. Quite a relief really, it was getting pretty cold in the study of my headquarters. And so onto our intriging batch for this time. Saracen and Talladega, both rare finds on the Americana label for me. Plus, if you remember from a couple of posts ago, I found a copy of Talladega, but on the TopTen label. At least I have the official release now. Saracen is a great maze type game in two parts, both can be played independently, which is pretty good. 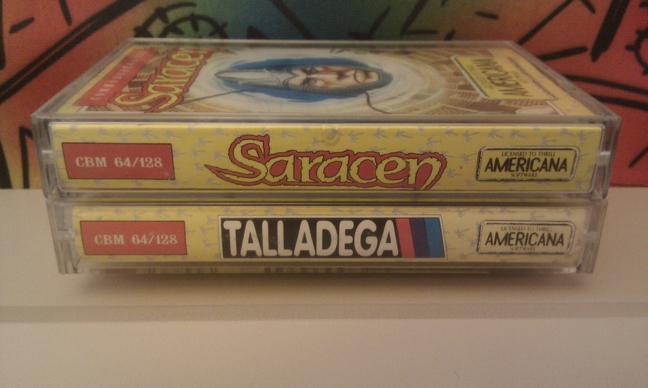 Now we move onto a story in itself really, a story with humorous ending and not so much as a warning, but just a taste of how bizarre collecting can be. It all began with the finding of Aqua by Mr. Chip Software on a cover tape by Mastertronic, to date I cannot remember what Computer Magazine this appeared on. I had completely forgotten about the existence of this, but do recall owning the tape at some point in the early years of my Commodore 64 life experience. 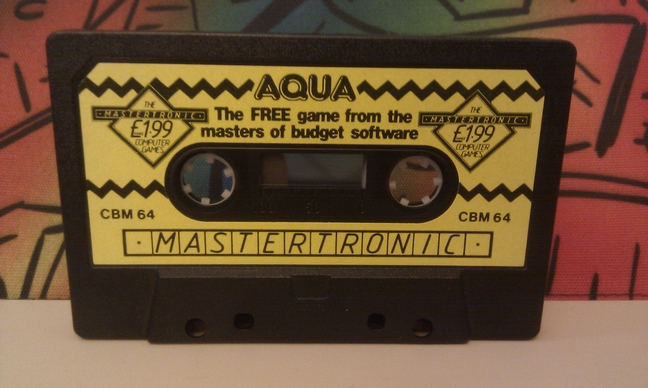 On Friday 17th February 2012, I decided to video my experience with this find and recorded a YouTube video for you to watch and enjoy.

As I explain in the video, you do sometimes encounter unexpected perils and surprises during collecting.
Americana ::
Saracen and Talladega
Mastertronic ::
Aqua
The grand total of titles collected so far, is : 220 ... Less than twenty to go ?
Atari ::
We have two additions for the Atari this time, Grid Runner and One Man and His Droid. A real nice couple of gems indeed. 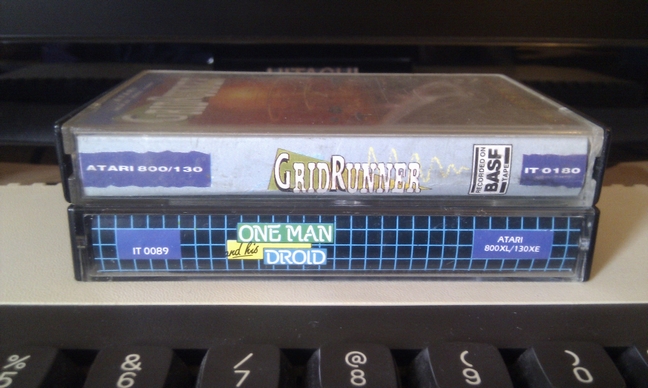 Grid Runner is your typical shoot'em up from the stables of Jeff Minter with great sound effects and visuals. One Man and His Droid is very similar to the Commodore 64 version, but with what sounds like the soundtrack to Finders Keepers for the Title.
I quite like collecting Atari 800 Mastertronic titles, even though there maybe less to collect than the Commodore 64, it's all good fun anyway !